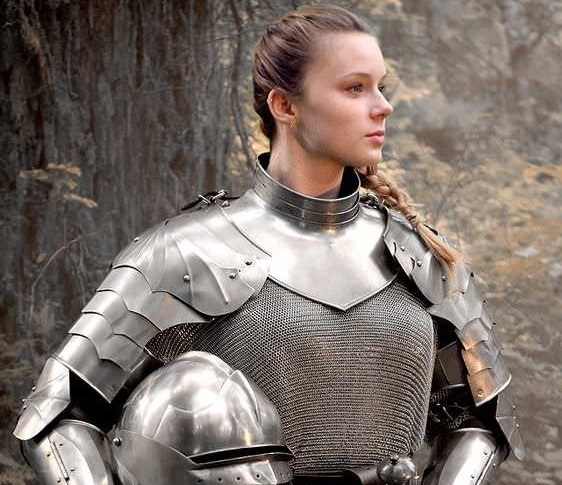 The Coin and The Baby

Almost 20 years ago, Clint Eastwood directed and starred in a movie titled Million Dollar Baby, which won the Oscar for best picture. It was so good, I will never watch it again. (A bit on that later.)

In the movie, Swank became obsessed with the idea of becoming a boxer and asked Dunn to train her. Frankie was a relic of the old days and explained to her that he “doesn’t train women.” Maggie’s grit, good nature, and persistence eventually won him over and he agreed to work with her.

Frankie Dunn was an old school trainer who relentlessly focused on developing the basics of proper footwork, the jab, and above all, defense. He reminded her, constantly of the first rule of boxing, “protect yourself at all times.”

A bit of trivia, “protect yourself at all times” is the first thing the referee tells you when they read the instructions in the dressing room before a fight. Your author frequently rejected this sage advice, to my opponent’s delight!

Anyhow, Maggie’s talent, work ethic and good looks, along with Dunn’s excellent training, quickly made her a rising star. As her victories piled up and her skills sharpened, she became a legitimate box office draw.

Owing to her results and popularity, she began making significant money and was offered a million dollars to fight for the title. Her European opponent, the world champion, was portrayed as having a well-earned reputation for ferocity that bordered on sadism.

As their fight progressed, it became clear to the evil champion that Swank’s Fitzgerald was gaining the upper hand and that losing her title was not only possible but likely. The bell sounded to end another round in which the champion had been thoroughly leathered by Maggie.

As Maggie turned her back to return to her corner, her devious opponent unleashed a savage, illegal, haymaker to her jaw. She was completely defenseless and knocked unconscious instantly. As she fell, her head bounced awkwardly off the stool Eastwood had placed in the corner only a moment before.

Swank’s character was paralyzed from the neck down. In a twinkling, she had gone from nearly world champion to a quadriplegic on a ventilator.It was terribly sad and, suffice it to say, the ending did not get happier. That is why I will never watch Million Dollar Baby again. If, however, you are in the mood for an excellent film ending in a good cry, I highly recommend it.

Our government spends far more each year than it takes in in tax revenue. That difference is known as the federal budget deficit. This deficit is currently around $3 trillion per year.

When the government begins a new year of drunken sailor spending, the past year’s deficit gets thrown on a pile known as the national debt. The United States national debt currently stands at just shy of $29 trillion. That is trillion, with a T.

In the news recently, we learned that the debt ceiling needed to be raised or the treasury would run out of money by October 18th. People pondered what terrible things could happen if the debt ceiling was not increased.

During this recent political theater, a story circulated that the treasury, if necessary - and only as a last resort - could have minted a $1 trillion dollar platinum coin. Yes, you read that correctly.

"This could be quickly executed on the existing plaster mold of the Platinum Eagle," Diehl said, adding that only the denomination of the coin would need to be changed.

After that, the $1 trillion coin could be created within minutes at the West Point, New York mint and flown to the New York Federal Reserve for physical deposit via helicopter.

What a relief! There is nothing to worry about. I mean, it is made of platinum, and everyone knows platinum is valuable. And plus, they will transport it via helicopter. A helicopter! If you did not take this foolishness seriously, then surely the helicopter convinced you the coin will save us. Right?

And this is where the Million-Dollar Baby can teach us a lesson about the trillion-dollar coin. Protect yourself at all times. Swank was crippled because she forgot the first lesson of boxing. Worse, she forgot it against an opponent who did not care about honor, integrity, or even her life, any more than most of our politicians care about honor, integrity, or our lives.

We usually think in terms of what we do as being most important in life. We won that race, earned that degree, got that promotion, opened that business, etc. However, it is often not what we do but what we prevent from happening, that can be most meaningful. I suspect this is the reason a car’s brake pedal is higher and wider than its gas pedal. You do not want to miss the brake when you need it.

I work with a diverse range of fantastic folks who are, intelligent, educated, family oriented and understand the need for proper planning. I am honored to call them clients and in lots of cases, they have become good friends.

As a friend I am going to tell you something I have noticed more than once in my quarter of a century helping people improve their financial lives. There are instances when, for whatever reason(s), people have their minds made up in advance regarding certain financial strategies or instruments. It seems, at times, they do not really want to know; they want me to confirm what they already believe.

This has never really bothered me because there were usually many roads that lead to the castle. If a client makes some financial product or service off limits, there were often effective workarounds. The reason, I believe, is that most asset classes have performed well for the past few decades and taxes have been historically low.

In short, people generally made decent returns and they kept a large percentage of what they made. This provided a solid margin for error. I am worried that both those good circumstances may soon change. Perhaps significantly.

With inflation raging, tax increases on the horizon and the trillion-dollar coin idea being kicked around, this is no time to self-sequester from logic and hermetically seal ourselves off from data, ignoring fiscal reality. What formerly was sub optimal, but still worked out, might prove to be catastrophic in the future.

The solution: Keep your mind open. And not just for the stuff you already like and feel comfortable with. Almost by definition, our blind spots lay in precisely the places we do not like to look.

I will never watch Million-Dollar Baby again because it broke my heart. But I do not have to. If I never so much as think of it again, I lose nothing.

I cannot afford to stop watching or thinking about the trillion-dollar coin and what it might portend. Neither can you, because it may break your bank. Protect yourself at all times, in what ways you still can.

Put a different way, there are very likely things you are not doing right now that would make your financial life better. Find out what they are and take action.

If you would like to discover where your financial knowledge might be increased to your benefit, consider speaking with a financial planner who is knowledgeable and has earned your confidence.