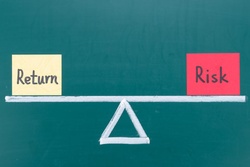 Warren Buffet says that The Intelligent Investor is the best book on investing ever written. I agree.

As you may be aware, Warren Buffet has a net worth of around $110 billion. Most people who have built great fortunes have done so by founding successful companies; people such as Bill Gates - Microsoft, Steve Jobs - Apple, and Elon Musk - Telsa, to name but a few. Not so, Buffet. He just has great skill at choosing excellent companies to invest in.

Buffet says that “Rule number one in investing is don’t lose money. Rule number two is, never forget rule number 1.” For Warren Buffet today, that simply means not investing so much in any one company that an adverse result would do lasting harm. In other words, even with his stock picking prowess, he still diversifies his investments.

And he does not need to do more than that. If Buffet lost 99% of his net worth, he would still be a billionaire. The engine for Buffet’s wealth 50 years ago was his temperament and stock picking acumen. Today, it also is his return on capital. His fortune is so vast, that it generates a significant amount of money annually.

For most of the rest of us mere mortals, the primary engine generating our wealth is our work. Without everyday effort in our profession, there is no income. Without our income, there would be little or no savings, and without savings, there is no financial security or wealth.

Perhaps like you, at times I get annoyed paying my automobile and homeowners insurance premiums. After all, I have been paying into them for decades and have never made a claim. Then my logical mind kicks in and I feel blessed that I have not needed to make a claim, while at the same time understanding the great value of insurance. I then wonder what people would do if there were an accident at home or on the road. Without insurance, they would be in a horrific situation.

Many of you know I was a professional Firefighter/ Fire Captain for over two decades. During that time, I saw hundreds of people lose their homes and possessions. Some even lost their lives.

Believe it or not, the first fire I ever fought was at my parents’ home- the house I grew up in- located in Bayonne, New Jersey. That was in late January 2000, and I was fresh out of the fire department’s training academy. The fire had started in the house next door. Because the houses were built close together, in our working-class community, it spread quickly to my parent’s home.

As luck – the bad kind – would have it, that day was cold and windy, with prolonged gusts of 40mph. The wind drove the flames between the structures like a blast furnace. In the end, both homes were lost. Thankfully, no one was hurt.

My parents were forced to rent an apartment for the better part of a year, as everything was sorted out. Their insurance covered some of the cost of renting and of course, it reimbursed them for the value of their home and its contents. If they were not insured, they would have been virtually destitute.

My thrust here is that I often lament things right up to the point that I begin imagining the alternatives. I work with a good number of medical doctors. They sometimes mention the significant cost of medical malpractice insurance. As with automobile and homeowners coverage, there is rarely a claim. Thank goodness.

However, if there were a claim, it could be financially catastrophic to a doctor or even a hospital. If you gave doctors the choice between not paying their premiums and assuming 100% liability or continuing with their coverage, as is, I believe almost all would choose to continue with their insurance coverage. They understand the alternative is less attractive than remaining covered. They are effectively managing the risks inherent to their profession.

When it comes to investing, rates of return are inherently unpredictable. By managing the risks that are most likely and those that are most potentially devastating, we maximize the probability we will stay in the saving and investing game long enough to build wealth.

What will our aggregate return be over years or decades? We cannot know for sure because there are too many variables. Those variables include market growth or lack thereof, taxes, savings rates, incomes, expenses, illness, injury, litigation, risk tolerance, and a legion of other factors; most of which we have either limited control over or none at all.

There is one crucial factor that is under our control, however. It is the rate at which we save money. The one sure way to make our long-term financial success better is to save more. Those of us who save more will be better off no matter what the future brings.

Michelangelo said, “In every block of marble I see a statue. I have only to hew away the rough walls to reveal it.” He removed the excess stone and what was left was beautiful.

The essence of effective financial planning is to hew away excess risk, to the extent possible. If we work hard and save consistently, what will likely be left over is financial security and ultimately, wealth.

I want to be clear here. It is possible to outperform standard rates of return, over time. Some percentage of investors certainly have and will likely do so in the future. Some!

The mistake to avoid is assuming you will be an outperformer. People who believe this often save less than they should, falsely believing that an outsized rate of return will save them. Also, the term “outperform” is a relative one. What are we hoping to outperform? The stock market average return.

What if, over the course of the next 20 years or so, someone does not invent the Internet, social media, or some other life changing technology. We might experience a period of slower economic growth. What if the market averages only 5% or 6% per year instead of approximately 8%?

What if, as is being discussed, long-term capital gains are taxed as earned income? What if income taxes are raised? Most people do not know this but for much of the past century, the top income tax bracket was between 70% and 90%. Do not allow yourself to believe it cannot happen again.

All of these factors or any one of them would lower our real rate of return, perhaps significantly. The cold hard truth is that world does not care what rate of return we “need to get” to maintain our lifestyle and it does not owe us anything. Plan accordingly.

What about the opposite and far happier scenario? What if the market does better than ever? I believe it is certainly possible, though not probable. In that case things will be even better. Have you ever met someone in their 70s who said their great regret in life was building too much financial security and not spending enough money on cars or jewelry? I haven’t either.

Warren Buffet is among the few who have outperformed for decades. Remember, his first rule of investing is not “No guts, no glory” or “Go big or go home.” It is “Don’t lose money.” There is a lesson there for us all. Manage risk, save diligently, and over time, the returns will mostly take care of themselves.

This material was prepared by Scott McGimpsey and does not necessarily represent the views of the presenting party, nor their affiliates. All information is believed to be from reliable sources; however, we make no representation as to its completeness or accuracy. Neither Cetera Advisor Networks LLC nor Scott McGimpsey is engaged in rendering legal, accounting, or other professionally services. If such assistance is needed, the reader is advised to engage the services of a competent professional. This information should not be construed as investment, tax or legal advice and may not be relied on for the purpose of avoiding any federal, state, or municipal tax penalty. Moreover, a diversified portfolio does not assure a profit or assure protection against loss in a declining market. UNIFIED PLANNING GROUP is an independent firm.