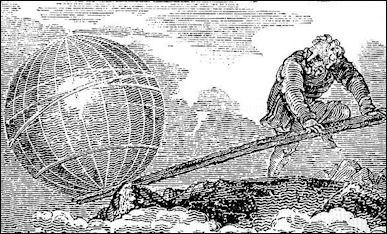 We all have a tiny voice in our minds that whispers to us. At times, we are only vaguely aware of it. Sometimes, we do not hear it all. Rarely do we analyze its message in any detail. Rather, we simply get the gist, or not, and move on.

Since I am given to analyzing things, I have become close with my inner voice and I believe it has helped me gain some valuable insights.

For example, whenever I could not understand some social, political, or economic phenomenon, the voice would whisper that “the answer is right in front of you, keep looking.” So, I looked and looked and looked.

Eventually, after long years and lots of reading, I found a single word that laid bare the secrets of what formerly confounded me.

That word is incentives.

Incentives explain so much that seems, at first, inscrutable. The great economist Thomas Sowell said “No one will really understand politics until they understand that politicians are not trying to solve our problems. They are trying to solve their own problems—of which getting elected and re-elected are number one and number two. Whatever is number three is far behind.”

Despite all that we all know about how dangerous habitual tobacco use is, to say nothing of the smell it leaves on the hands or in a home or car, nicotine provides a powerful incentive for smokers. When the short-term incentive is strong enough, some of us will ignore foul odors and long-term maladies like compromised lung function and cancer.

How many instances of pharmaceutical misadventure have we read about in the news over the past couple of decades? Some drug or medical device begins producing dangerous or even deadly side effects and is pulled from the market. A blizzard of lawsuits and bad press follow.

In several cases, the subsequent investigation suggests that there were warning signs early on, which were ignored or even intentionally omitted or obscured. Why?

Some group of people who often have a great deal to gain or lose in money and prestige can choose to admit a costly failure and suffer the consequences. Or they can ignore or cover it up and bask in the wealth and recognition that comes from what people have been led to believe is a successful new drug or medical treatment.

Thankfully, this type of corporate wrongdoing is not common. However, it is always reprehensible. Yet, viewed through the lens of incentives, it is lamentably unsurprising.

Incentives can and should be used to generate positive results. Back in the early 1970s, before Federal Express became the international, multi-billion-dollar company we know today, it was struggling to achieve its goal of reliably ensuring next day delivery. They tried all kinds of employment practices to get the desired result.

What followed were shortened work shifts, to keep their people physically fresh and to stave off boredom, threats, bonuses, you name it. Nothing worked with the consistency they needed. After a time, someone came up with the idea to stop paying by the hour and start paying by the shift.

The FedEx employees had a set amount of freight they needed to process, and they could not leave until it was done but- enter the incentive - they were allowed to leave the moment it was done. The problem was solved overnight and FedEx went on to create an industry.

If we get the incentives right, they can become a lever we can use to create change in our own lives.

Several years back, I spoke with a friend of mine about the best ways to save more money and he made a suggestion. He called it “The Envelope Project.”

He asked me how much money I typically took out from the ATM each week. I believe the number was $200. He said that I should get an envelope and each time I took out the amount, I should place $100 in the envelope and only use $100 for the week.

If I spent the hundred and I needed to buy something, I could use my credit or debit card, but by no means was I to take out more cash. It felt strange at first, sort of like wearing fitted clothing for the first time, and I frequently ran out of cash early. Yet, after a few months something interesting happened.

When I was taking out my weekly cash at the local ATM, I realized that I had more than $20 left over from the prior week. I put that in the envelope too. The following week I was able to do that again.

At the end of the year, I had almost $6,000 in the envelope. That was good but not the best part. My friend, who had been checking in periodically to see that I was keeping up with the project, asked me how difficult it had made my life.

I was caught off guard because it had not made my life difficult in the slightest. In fact, I was sitting there with an extra $6,000! His crucial point was made. Best of all, my spending on credit cards did not increase.

I had been consistently wasting money in all kinds of small, seemingly insignificant ways. There were purchases like coffee, tennis magazines, unhealthy and unneeded treats for my kids, diet soda when I was not even thirsty, etc. The cost of these wasteful purchases were by themselves insignificant. Yet, added together, multiplied by 365 days, then multiplied again by 30 years and calculating what would take place if that money was placed into a savings/investment vehicle earning a modest rate of return and the effect is clearly substantial.

I had just had four kids in five years, so my motivation was to save more for them. My incentive was that, by doing so, my actions would be congruent with the type of father I aspire to be - one who responsibly looks out for his family. The ongoing reinforcement of that incentive was provided by watching that envelope get fatter every week.

Moreover, I believe the envelope project changed me on a deeper level. I had always saved but now, more than ever before, I view myself as “a strong saver.” It has become a component of my identity.

We can all tap into tremendous motivating factors in our lives. We all have a vision of the “us” we are determined to become. If part of your vision is to become more financially secure, combine those powerful incentives with a plan that provides clear and consistent reinforcement. Then watch as your life becomes what you want it to be.

If you like, work with a financial planner who has earned your confidence to help you on your quest.