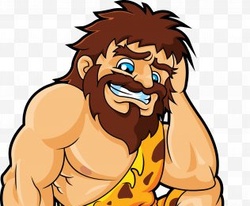 Social media has changed the world in lots of significant ways. Yet, for some reason, I keep being reminded that the more things change, the more they stay the same.

I am 48 years old and so, like many of you, the main entertainment technology of my youth was television. I remember that the cable channels would often play infomercials from midnight to 7:00 AM. For me, one of the most memorable infomercials was for an exercise machine that was sort of a low-tech, elliptical-like, treadmill.

During the infomercial, a guy with a blonde ponytail and baseball cap, wearing a spandex singlet, would present the contraption with a delivery so enthusiastic and intense he could have motivated methamphetamine. Through every word, he managed to maintain an ear-to-ear smile.

Despite a delivery bordering on the psychotic, I did not dislike him. His energy was infectious, and he was advancing the idea that we should exercise more. He claimed that by buying his device, exercising would be more fun and effective. I am not sure about the product, but his broader message was a good one.

The other infomercial I remember well was the one for no money down real estate. A well dressed, distinguished looking gentleman would stand in front of mansions or yachts and explain how one could make a fortune buying real estate with no money down. He had done it, as the mansions and yachts behind him were meant to suggest, and we could too.

This man would sell us the secret for the low, low price of $19.95, or some such. In fairness, I was young and did not know anything about real estate, mansions, or yachts. But I do remember the way those infomercials made me feel. They reassured me that there were secrets to making money, if ever I needed them.

The real product being sold, of course, was the promise of wish fulfillment without sacrifice, the lamentably all too human desire to get something valuable for nothing. Or in the case of infomercial get rich quick schemes, to get something of value for a pittance.

Lately, I have been seeing a resurgence of this type of “marketing” on social media platforms like YouTube, Instagram and TikTok. Today, however, the distinguished gentleman has been replaced by a heavily muscled guy with a hipster beard, wearing a tight, garishly colored t-shirt. The better to show off his physique.

I think of these types of individuals as what a good friend of mine dubbed “The Bros.” The mansions and yachts remain but these Finance Bros have added wrist watches that look like jewel encrusted cans of tuna and expensive sports cars. I am not always sure exactly what the Bros are saying when they speak. However, most of the time I am sure what they are saying is absurd. Regardless, the words are spoken with supreme confidence. Doubt, as we all know, is for losers. Just ask the Bros.

Their stories, like their costumes, are pretty much the same. To paraphrase, they tell us that we are living the lives of suckers. All our hard work and saving is for naught. Following our current path, we will never be able to achieve happiness, independence, wealth, and retire young, like them. At least not until we like and subscribe to their YouTube channel, follow them on social media, and pay them to coach us.

How someone can consider themselves “retired” while putting out 35 videos a week advertising their instant wealth seminars remains unclear. Perhaps, me being a hype heretic and all, I am getting too bogged down in cumbersome things like logic and facts.

For example, I have noticed that the Finance Bros, at least the ones I have seen, never appear to be licensed members of a professional industry. Doctors, lawyers, financial planners, accountants, and many others, are members of industries with standards of conduct, along with legal standards of disclosure, as well as a myriad of rules and regulations. These rules are often formed and ultimately enforced by states and the federal government, with an eye to the public good.

As licensed members of those industries, we are forbidden from simply saying whatever we think sounds good or is likely to motivate people to action. If we do, we will not be able to work in our industries for long. The Bros do not appear to be under any such professional, legal, moral, or ethical constraints.

Beside adopting the trappings of success and speaking authoritatively, if incoherently, the Bros seed their presentations with statements that are objectively true but mostly irrelevant; often ridiculously so. One of them recently pointed out that if you are saving for retirement via your companies 401K and earning “only” 7%, you will never become rich.

The individual in question explained that you should invest in real estate and make a 25% return on your investment. Then you will really be able to begin building wealth. Doing so, he claimed, has allowed him to double his income “almost every year for 18 years.”

As a point of fact, a 25% return is certainly going to build wealth a lot faster than a 7% return. I admit, Bro has got me there. Also, someone should tell the Bro that a “double” is a 100% rate of return, not 25%. Perhaps he is saving the secret of 100% rates of return for a future seminar.

Anyway, the real question is what is the likelihood that you can get a 25% annual rate of return in real estate or anything else, consistently? The answer is that you almost certainly cannot. This is supported by history and the reams of data compiled from it.

But what difference does that make to the Bros? None, I suspect. Because the one thing they have figured out it is that selling “the secret” is far more profitable than investing in it.

There always have been and always will be people who strike it rich quickly and fantastically. And we will always hear about them precisely because they are so rare. Maybe someone bought a bunch of bitcoins at one dollar and still owns them. God bless them and I will happily watch their story on Netflix.

In real life, working hard, living within our means, saving, and investing in a balanced and diversified portfolio is the tried-and-true path to achieving financial security and ultimately wealth. The hundreds of thousands of people following this path today are not suckers. They are wise and form the foundation of our great nation.

Remember, hubris and hype might catch our attention, but they may well lead to our downfall. If you would like some assistance in designing a balanced and diversified portfolio, with the goal of building wealth over time, consider speaking with a financial planner who makes sense. And if you yearn for a bunch of hype, go watch The Wizard of Oz. Just don’t pay attention to the man behind the curtain.