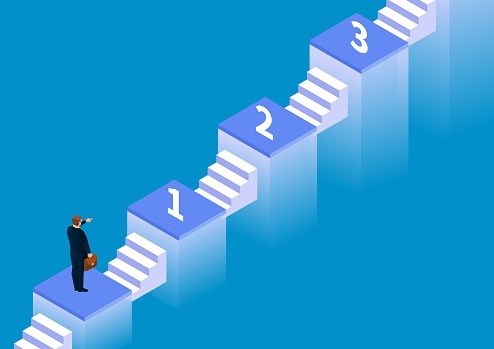 Financial planning places an emphasis on the future. Well thought out financial plans seek to have us systematically save and investment money now, with the goal of building wealth. The wealth that is created can serve a variety of purposes.

Sometimes, things we are planning for, like our retirement or our children’s education, seem far off into the future. This is often the reason so many people remain unprepared or underprepared, for what lays ahead in their lives.

I believe the reason for this is not a lack of caring or a lack of time to make appropriate plans and carry them out. I think it is because we lack the short-term incentives to sacrifice resources we can enjoy today, to be in a better position to truly enjoy our tomorrows.

Cognitive science reveals that we have a mechanism in our minds that tracks our status. The higher our status, the greater the sense of well-being we achieve and retain. Or so they say.

I believe we also have a mental module that tracks our progress toward important goals. Anyone who has ever dieted, trained toward some fitness goal, or adhered to a business plan knows what I mean. We experience enormous satisfaction when we get on the scale and it shows we have moved closer to our goal. Or when we crunch the numbers and see that our efforts toward growing our business or increasing its efficiency have borne fruit.

I remember having a wonderful feeling the first time I jogged for over an hour. I covered eight miles in an hour and ten minutes. Afterward, I felt like I had won the New York City Marathon! Certainly, my pace was nothing record breaking. However, six weeks prior to that I was struggling, physically and mentally, to run just three miles. Six months later I completed a marathon.

Running the marathon is one of my proudest personal accomplishments. That is because I have never really liked running. I have abundant respect for runners. Running, however, is just not my cup of tea.

Recently, I have been thinking about the training I did to prepare for my marathon. I did not realize it at the time, but I stumbled onto an important technique for progress. To do what I had never done, I followed a process that stressed the importance of consistency over extraordinary efforts. In essence, developing good habits in favor of attempting to constantly stay motivated or inspired.

A close friend and mentor, for years, has spoken of success in any endeavor in terms of “little and often, over the long haul.” A couple of months ago I read a New York Times bestseller titled “Atomic Habits” by James Clear, which expanded and formalized that concept. I recommend it.

Anyway, at the time I trained for the Marine Corps Marathon in Washington D.C., I had no thought or knowledge of the above mentioned concept. I had recently moved out of the town I grew up in and I was bored and lonely. Jogging, as it used to called, was something I could do by myself. And even though I dislike running, I had always been fascinated by the thought of completing a marathon.

Because of my physical state - I was in poor cardiovascular shape after sitting on my behind for the best part of 6 months - I was forced to engage in a process of building on small, incremental gains. I never suspected that I had tapped into the secret recipe for accomplishing anything. Lamentably, once the marathon was over, I abandoned this process.

As my friend and mentor says, “It worked so well, I stopped doing it.”

Motivation, as we all know, comes and goes. Good habits, once established, assert themselves virtually without regard to personal mood or motivation. Things like brushing our teeth, washing our hands after we have used the bathroom, locking the door and turning off the lights at bedtime, become automatic. Most people could not imagine not doing these things.

These and other productive and healthy habits, which we take for granted precisely because they are habits, were not installed on our hard drives by the Creator. We have trained ourselves to adhere to them for so long that they have become our nature. We become uncomfortable if we do not do them.

I work with some good people, of widely varying ages, incomes, education levels and occupations, who believe that saving more for the future, is a thing that will just happen at some hazy point in the future. This might be true, but too often it is not.

An extra $100, $50, or even $20 per week is an outstanding start. Why? Not because that amount is an enormous amount of money these days. Yet with every weekly deposit, to quote James Clear, you are “casting a vote for the person you wish to become.” Paraphrasing Mr. Clear, you are not worried about getting rich. You are focused on becoming the type of person who saves (or saves more.)

We have now created a positive feedback loop that makes it more likely that the behavior we desire will continue. If we continue long enough, it will become difficult to stop! But why would we ever want to stop when gaining financial freedom creates so many positives in life.

If the idea of creating or optimizing positive, productive, saving habits appeals to you, consider working with a financial planner you have confidence in to help. Plan the work, then work the plan. Before long, walking the path toward financial freedom will have become a habit. And you will wonder how it was ever any other way!